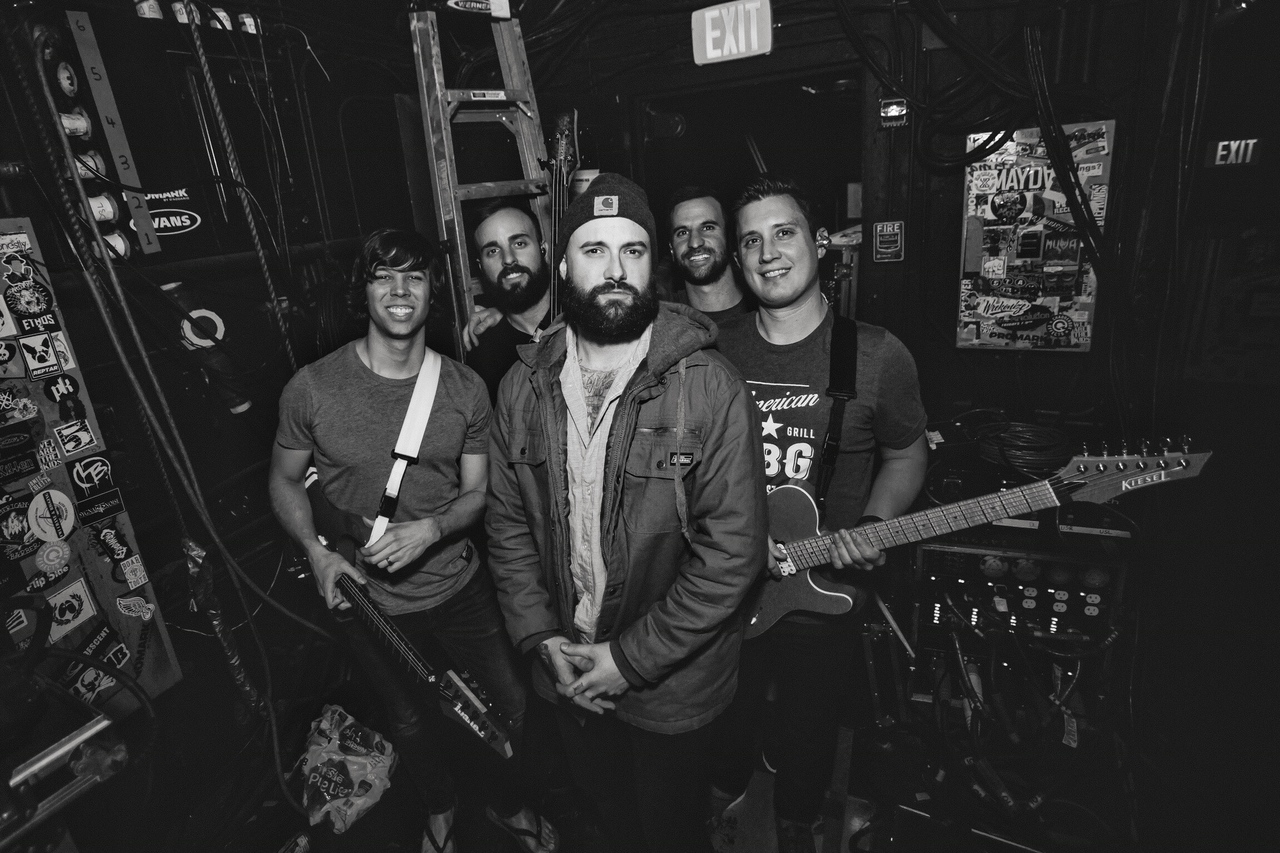 The most rewarding challenges come from within.

By personally aiming beyond your perceived potential, you can truly grow. That’s been the case every time August Burns Red record an album, and it’s quietly turned the Pennsylvania quintet—John “JB” Brubaker [lead guitar], Brent Rambler [rhythm guitar], Matt Greiner [drums], Jake Luhrs [lead vocals], and Dustin Davidson [bass]—into a GRAMMY® Award-nominated heavy music torchbearer. Their journey began back in 2003 with marathon jam sessions on a farm belonging to Greiner’s family in the egg refrigerator. Embracing a diehard Rust Belt work ethic, they tirelessly pushed towards the top of heavy music with a series of critically acclaimed albums and countless gigs. A hard-earned high watermark, 2015’s Found In Far Away Places marked their second consecutive Top 10 debut on the Billboard Top 200. The single “Identity” notched a GRAMMY® Award nod in the category of “Best Metal Performance.” A streaming juggernaut, both “Identity” and “Ghosts” [feat. Jeremy McKinnon] crossed the 3-million mark on Spotify.

When it came time to record their eighth full-length Phantom Anthem [Fearless Records] with longtime producers Carson Slovak and Grant McFarland, the game didn’t change. The musicians put their heads down and rallied around the same shared goal.

“The goal has always been to just write the best songs that we can write and put out the best album possible,” exclaims JB. “You want to keep raising the bar on yourself. It’s the start of something new.”

It shows… Uncorking a barrage of infectious intensity, the boys augmented and amplified the touchstones of their signature style on Phantom Anthem. The musical equivalent of a clenched fist haymaker, the grooves hit harder, the hooks blaze brighter, and the instrumentation ignites even more intricacy.

“It’s the most technical thing we’ve ever done,” adds JB. “There’s some pretty ridiculous shred stuff going on, which is awesome. Things just came out more heavy and tight.”

After two months, they emerged with the 11 tracks comprising Phantom Anthem. A subtle string pluck announces the arrival of the first single “Invisible Enemy.” In a blink, polyrhythmic pummeling and entrancing fret fireworks spiral headfirst towards an onslaught of screams, chugging bridge, searing solo, and arena-size chant, “Pain is surrounding, surrounding us.”

The follow-up single “The Frost” whisks from icy clean strumming and tambourine into a blizzard of blistering screams and metallic majesty. Spearheaded by the thrash waltz of “King of Sorrow,” unpredictability drives the overall flow. “Coordinates” climaxes on a hauntingly gorgeous chorus as “Lifeline” and “Carbon Copy”—both penned by Davidson—up the visceral and vibrant virtuosity that August Burns Red remains synonymous with. The album title hints at the band’s pronounced evolution.

JB recalls, “Phantom Anthem is a song or a sound that creates deep roots in the heart of a person, resonating through every bone in that person’s body and naturally giving he or she purpose and value. It’s often something silent—a quiet song that isn’t noticed and is often overlooked.”

Brent goes on, “Many of the songs discuss being the one who grabs the reins, plants the seeds, makes them grow, and takes control. You may not see that thought or idea, but it brings value to the world.”

Ultimately, August Burns Red push themselves harder than ever on Phantom Anthem, destroy expectations, and reach a new level by simply being who they are.

“We never thought we’d get here,” echoes Brent. “We’re eight albums in. It seems like it’s bigger and better than ever. It’s everything to us. That won’t ever change.” — Rick Florino, July 2017