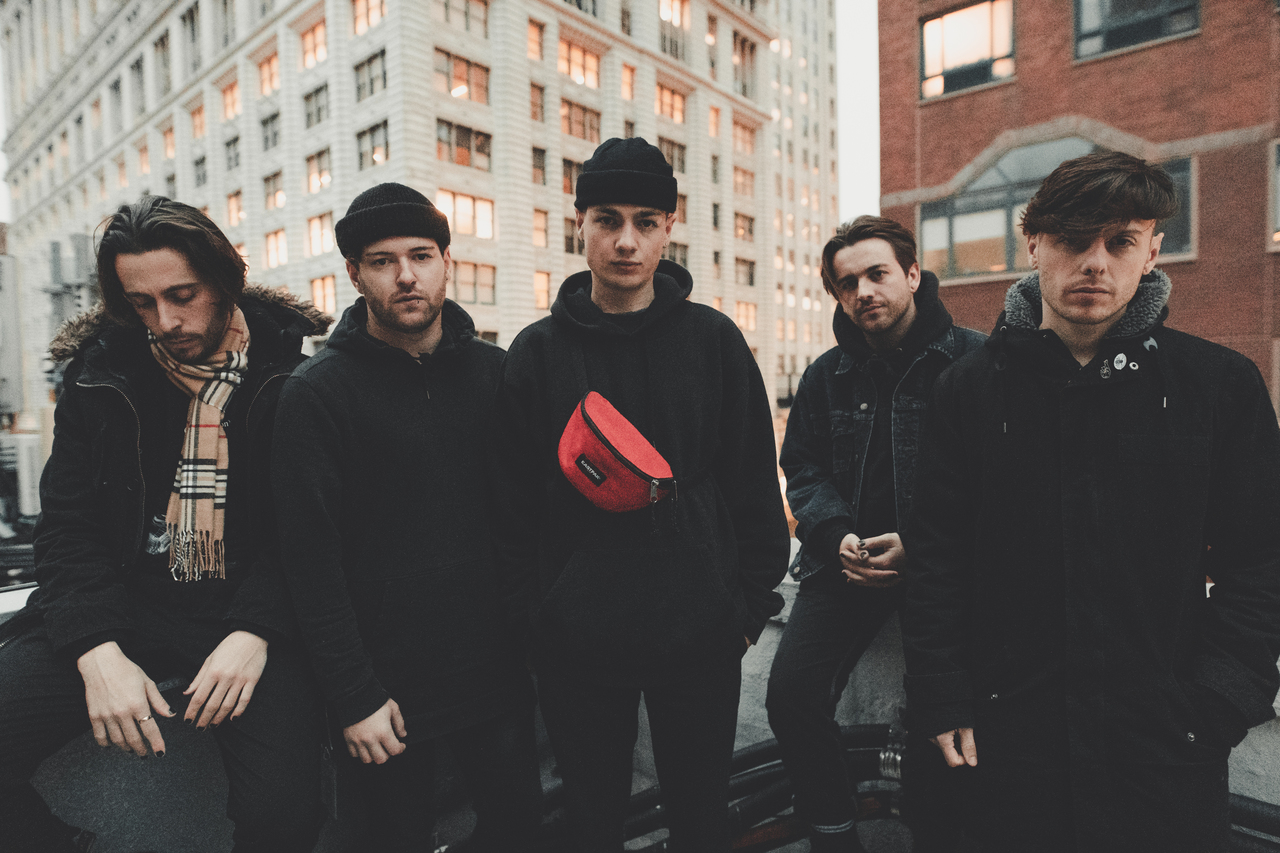 From the moment the title track kicks of ‘Welcome To The Neighbourhood’, Boston Manor’s second full-length, it’s clear that the Blackpool-based five-piece are not quite the same band they were before. That’s because – just like anyone and anything – they’ve changed with time. They’re still very much Boston Manor, but their musical and lyrical focus is shifting. That doesn’t mean they’re leaving their past behind, though. Rather, they’re building on the sound of 2016’s debut full-length, ‘Be Nothing’, as well as ‘Saudade’, their EP from the previous year, to understand and transition into who they are in 2018.

“I think the time between the last record and this one, we kind of thought we knew who we were,”explains vocalist Henry Cox, “but we’ve realised that even now we’re still figuring that out. Before, we were scared to try stuff, whereas on this record there were no limits. We wanted to push ourselves, instead of being terrified to dip just one little toe in the wrong direction.”

The band – completed by guitarists Mike Cunniff and Ash Wilson, bassist Dan Cunniff and drummer Jordan Pugh – needn’t have worried. Because even as the swathe of sinister synths that propel the portentous title track outline that this is something new, it also immediately draws you into the carefully crafted world that serves as the setting for these songs. That world – what Cox terms “a fictionalised version of Blackpool” – is an unapologetically bleak one, a world rife with poverty and drug addiction, boarded up shops and a population unable to escape a predicament they didn’t even know they were in. “My generation financially and culturally barren,” he says. “We can’t afford to buy a house, we’re very much paying the price for our parents’ generation’s mistakes, but at the same time too fucking lazy and distracted and comfortable to do anything about it.”

While Cox is also keen to point out that this album is neither politically-motivated nor one taking arms against his parents’ generation – “If anything,” he chuckles, “it’s more of a stab at my generation” – the 12 songs on the album have nevertheless been shaped by the tumultuous state of the world and Cox’s own worries for both its future and the future of his generation. By using the band’s hometown of Blackpool – which is also where, as usual, they wrote all these songs – the band grounds those fears into a physical, tangible location, which also serves as a metaphor for the larger themes and issues that inspired and which dominate these songs. “In the ’50s, ’60s and ’70s,” explains Cox, “Blackpool was this booming town. It was a holiday destination, a place where you can go to forget all your troubles and now things here are just so fucked up – there are huge drug problems and a 40 per cent unemployment rate in the winter. It was once this beautiful thing and it’s become a little bit broken.”

That disenfranchisement is soundtracked by a barrage of appropriately dark and ominous synths inspired by the likes of Deftones, Nine Inch Nails, Tool and Failure. Whether that’s the hip-hop-inspired swathes of sound of the title track, the wash of doomy electronics that underpins first single ‘Halo’, the sumptuous layers and feedback in the constant fireburst that is ‘Digital Ghost’ or the waves of ethereal noise that swallow album closer ‘The Day That I Ruined Your Life’. It starts out with a forlorn, slow tempo guitar and then explodes in an overpowering onslaught of scorching, searching, scathing and nihilistic feedback, before fading once more into the abyss of sad contemplation. And then there’s the raging surge of ‘If I Can’t Have It No One Can’, a song partially inspired by a misunderstanding with some police officers in the building they were staying in while making the album at Barber Shop Studios inHopatcong, New Jersey in the dead of winter.

Despite the new sounds that infiltrate this record – which was recorded by Mike Sapone (Taking Back Sunday, Cymbals Eat Guitars, Envy On The Coast) – Boston Manor are just as ferocious and immediate as ever. They may be embracing new elements in their sound but listen to the savage hooks of ‘Flower In Your Dustbin’ or the vicious vitriol of ‘Hate You’ and there’s no doubt who has made this record, and the band’s new album is just as emotionally charged and meaningful as ever. With that comes a hope that this album, by addressing the issues it does, can have a positive impact on the future.

“I’m just trying to draw attention to a few issues,”he says. “The things that are important to my generation are just so trivial in my eyes, but who am I to say? I can’t really offer any immediate solutions, but I can try to throw a bucket of cold water on some of my peers, to just get them to feel more and think more and not be so apathetic.”