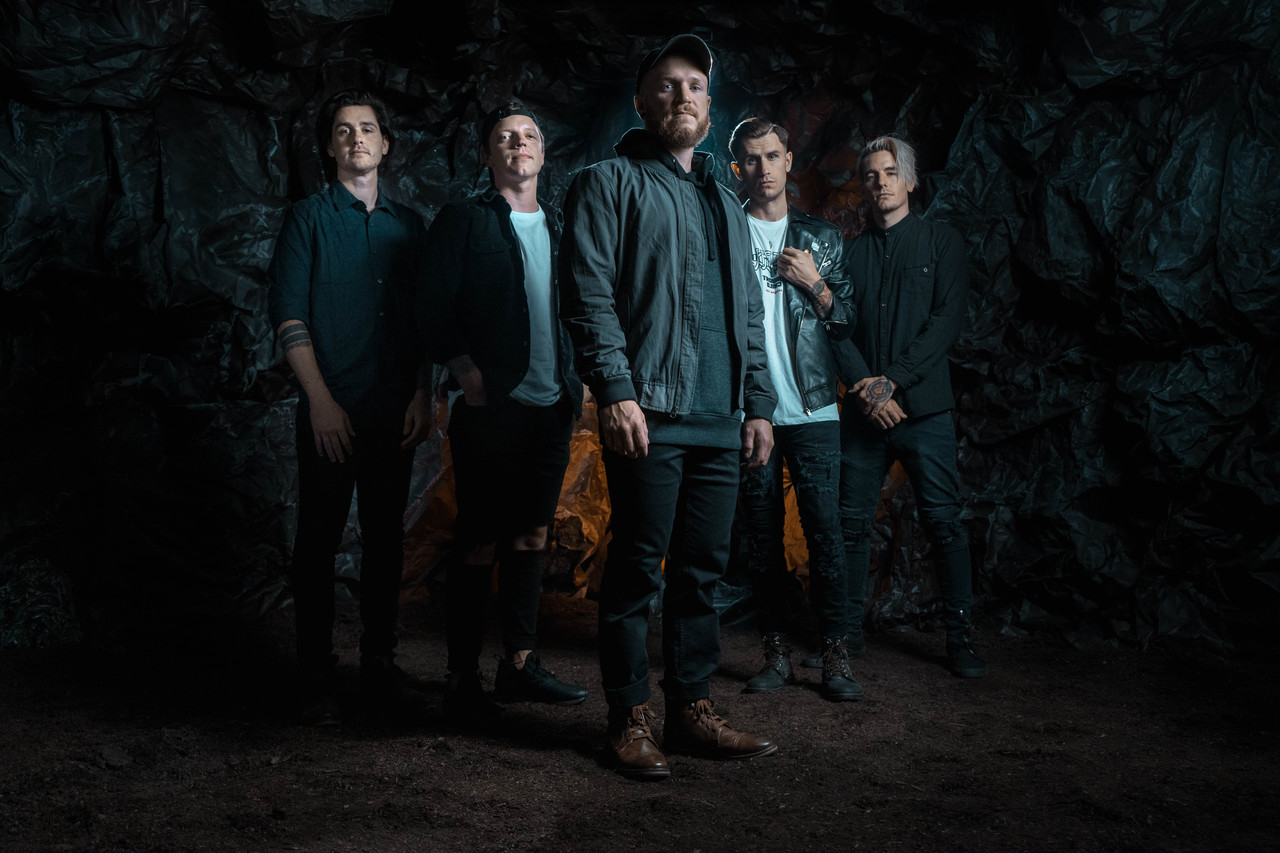 We Came As Romans

No matter what happens, those bonds endure in memories and moments. We Came As Romans hold a similar link between them. After nearly 15 years together, countless sold out shows, critical acclaim, and over 250 million streams, the Michigan quintet—Joshua Moore [guitar], Dave Stephens [vocals], Lou Cotton [guitar], Andy Glass [bass], and David Puckett [drums]—weather their darkest time and emerge stronger in the name of a fallen brother and member: Kyle Pavone.

The group soldier ahead with a sixth full-length opus befitting of his memory.

“When Kyle passed away, it changed everything for us personally and, as a byproduct, everything for the band,” says Joshua. “An earth-shattering event puts a lot of things in perspective. We’ve spent so much time together. We’ve been doing this since we were kids. The one thing that won’t change is the way Kyle affected my life. Before we were bandmates, we were essentially brothers. In order to be genuine to our fans and ourselves, we had to write about what we dealt with losing him. At the same time, this isn’t just a bunch of songs soaking in depression. We want to celebrate what we built.”

Together, We Came As Romans built a burgeoning empire. Merging chugging metallic force, skyscraping melodies, off-kilter electronic experimentation, and hardcore spirit, the group quietly claimed a place at the forefront of modern heavy music. They put up unbelievable numbers with the likes of “Hope” [17 million streams], and “The World I Used To Know” [15 million Spotify streams] as well as multiple top ten records on the Billboard Top 200. Meanwhile, 2017’s Cold Like War represented a career peak. The title track “Cold Like War” and “Wasted Age” both surpassed 9 million Spotify streams as the band received its best career reviews to date. Alternative Press cited the album as “a milestone,” and Metal Hammer praised their penchant for unpredictability by affirming, “This record is never boring.” Beyond tours with everyone from A Day To Remember, Bring Me The Horizon, I Prevail, The Used, Sleeping With Sirens, Parkway Drive, and more, they packed houses on headline dates around the world.

After Kyle’s death in 2018, they made a careful decision to push forward, returning to the road with Bullet For My Valentine before gathering themselves in the studio with longtime collaborator Nick Sampson [Asking Alexandria, Born Of Osiris] and seeking perspective from Drew Fulk [Motionless In White, Lil Peep].

“Nick has been part of the family forever, because he was an engineer on our first record,” Joshua continues. “We also had to involve Drew. He produced Cold Like War, and it was Kyle’s favorite record. It felt like it needed to happen, since that was the last great memory Kyle made with us. Everyone was a big part of the process.”

We Came As Romans introduce this next chapter with a pair of singles, “Carry The Weight” and “From The First Note.” Evocative clean guitar echoes at the beginning of “Carry The Weight” before giving way to a hammering groove and cathartic screams that culminate on a hypnotic chant—one of the band’s most irresistible.

“We’ve always been melodically driven, but we wanted to push it to the next level,” he goes on. “When we went back on the road, it was the worst month of my life. No one could make it through a set without bawling our eyes out. It’s about moving forward—not moving on. Everyone knew we were dealing with it. Every emotion skyrocketed. It was this awkward limbo. It’s the most grief any of us have ever dealt with. We toured, so we could all be together every day through the grief. We dealt with it as a unit in remembrance of him.”

Meanwhile, “From The First Note” hinges on thick guitars as it delivers a fast and furious elegy. Steamrolling forward on a punk gallop, the chorus rings out, “I can’t replace you.”

“There was no way we were getting another singer to come in,” exclaims Joshua. “Based on the thought process, that was a lyrical inspiration for ‘From The First Note.’ We’re allowed to be angry and upset, but we’re also allowed to be happy we had those memories. Kyle was able to find hilarity and fun in the shittiest of situations. One of my favorite images is him riding a raft during Warped Tour with his microphone. We’re looking back on everything fondly.”

In the end, the brotherhood between We Came As Romans lives on.

“I’d love for fans to say this is the best We Came As Romans they’ve ever heard,” he leaves off. “The goal is always to be the best version of our band. Hopefully, they see the emotion, care, and effort that went into these. Hopefully, it can speak to them missing Kyle in whatever process of remembrance they’re going through. We’re never going to be the same. There’s no way for us to be the same, but we’re going to try to move forward in a way that honors him and what he loved doing most.”