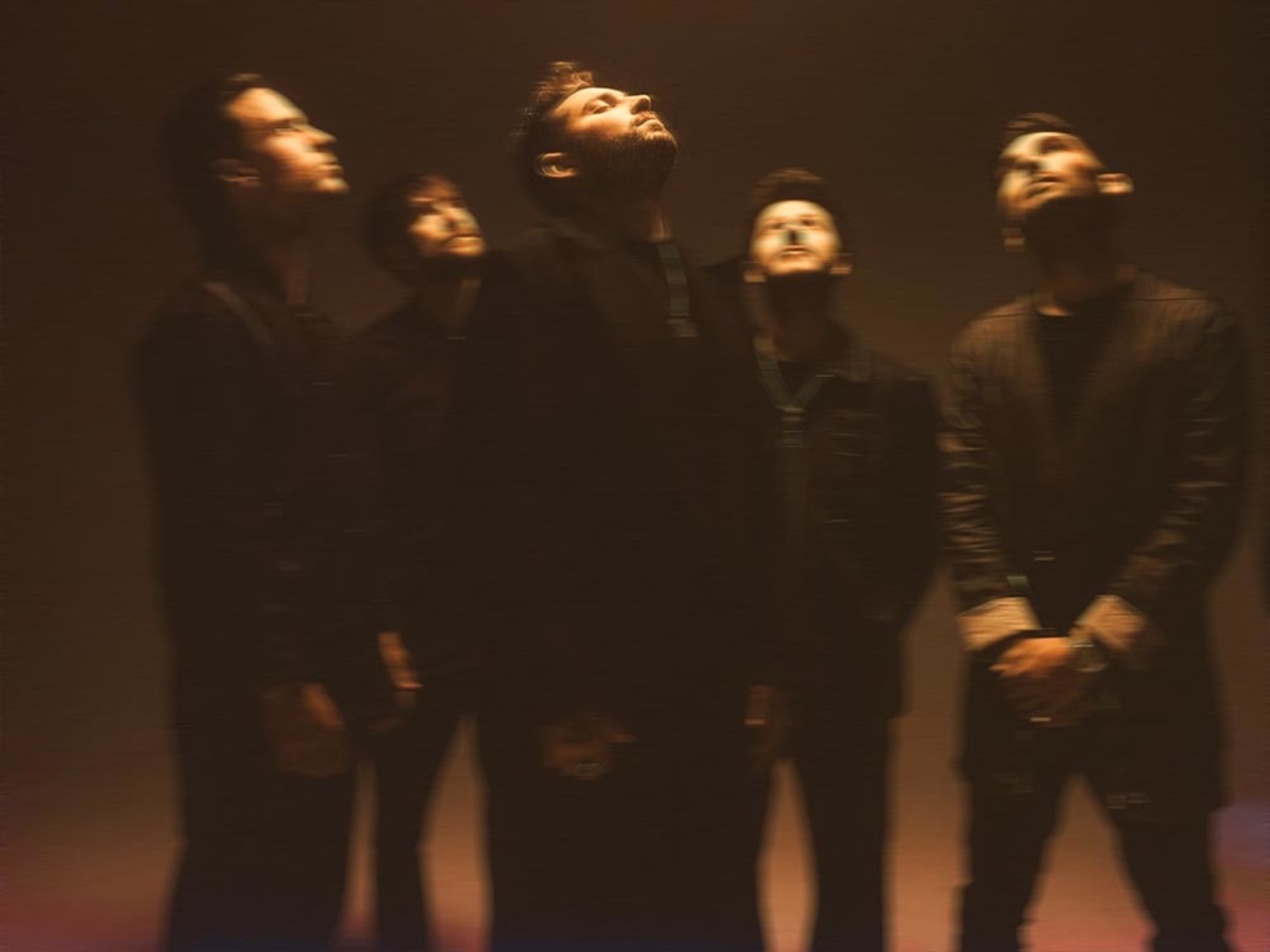 You Me at Six

Seven albums in, You Me at Six are as restless as ever, maybe more so. After a decade as one of Britain’s most prolific, best-loved bands, the Surrey quintet should have little left to prove. In fact, the opposite applies.

“We need to show people why we’re still here,” says singer Josh Franceschi. “Yes, we’re hungry for more success, but what matters now is how we achieve it. Where do we go that we haven’t been before? How do we challenge ourselves as well as our fans? What does it mean to be in this band?”

Never ones to tread water, in recent years, You Me at Six have become bolder and more experimental, shedding their indie-rock skin to delve into dance, R&B and hip hop and producing much of their music themselves. On SUCKAPUNCH, their explosive, shapeshifting seventh album, they’ve gone up a gear again. Some of the songs tread entirely new territory, others twist rock into fresh forms. All of it springs surprises.

“We’re setting our own agenda,” says guitarist Max Helyer. “At this stage, after all we’ve achieved, we know what we’re capable of. The aim was to blaze our own trail, not please other people.”

From the moment the album opens with the slinky groove, glitchy drums and rock riffs-driven monster Nice To Me, through the throbbing electro-rock bomb title track to the heavily-atmospheric Glasgow, it’s clear that convention went out the window. SUCKAPUNCH lands its blows a multitude of ways, from soul-bearing lyrics and strange song structures to audacious genre-mashing and vocals that veer from angry to intimate in almost the same breath.

“Sonically, there was no blueprint,” says Josh. “Every song has its own identity. Some are more recognisably You Me at Six, but with different elements. We did a lot of looking back to where we’d been before to work out where we could go. There’s no point repeating yourself. This is the sound of us changing lanes.

“The challenge was to excite ourselves and our fan base, but also change the minds of people who haven’t been into us before.”

Songwriting began barely a month after the release of 2018’s critically-lauded, Top 6 hit VI. With a sold-out tour imminent, including three nights at Brixton Academy, plus an upcoming packed summer festival schedule, You Me at Six were on a roll, eager to push VI’s experimentation further and continue their relationship with that album’s producer Dan Austin.

From those sessions came last year’s scorching single What’s It Like, a mash-up of thunderous rock, hip hop and snake-charmer synths. Released just before the band stormed the main stage at Reading and Leeds and headlined London festival Gunnersville, a 15,000-capacity sell-out, What’s It Like set the bar for SUCKAPUNCH and the innovation that was to follow.

By the time You Me at Six were heading to Thailand to record the new album, dozens of songs had been written over several months, including on tour across the States and Canada, where new song Kill The Mood was begun last spring, yet nothing was set in stone.

“We do so much of the production ourselves now that we had some songs with 40 or 50 versions, plus others that were just loops or a jumble of ideas,” says drummer Dan Flint. “I remember the label asking if we were ready to start recording, but the intention was always to go to Thailand with the book left wide open and see what happens.”

The bond between the band members, tested in the past, had never been stronger. Ditto their relationship with Dan Austin, who became You Me at Six’s unofficial sixth member.

“To manifest something powerful and profound, you need everyone on board,” says Josh. “We knew Dan well from making VI so we were instantly on the same page. I’ve never felt the freedom while recording that I do with him. Anything goes. If we said we wanna drive at 100mph into a brick wall, Dan would say ‘Cool, let’s buckle up. And here’s the microphone we should use to record that’. The level of trust between us is limitless.”

Five weeks last autumn were spent in the stunning Karma Sound studio in Bang Saray in Thailand, taking risks, trying out ideas and getting to grips with new life situations. Most of the band, which formed in Weybridge when all five were in their teens and had broken through by the time they hit 20, turned 30 during the making of SUCKAPUNCH. Three members – Josh, Max and guitarist Chris Miller - were recovering from recent relationship splits.

“Going to Thailand was a way for us to block out the noise, escape the outside world,” says Dan. “Nothing but making the album mattered. When you have shit that’s broken right in front of you, it’s hard to focus. You can’t stay at the scene of the crime. I’m not saying we went to Thailand to find ourselves, but being locked in this blissful bubble gave us clarity. It was all about us, making a masterpiece.”

At that, they succeeded. SUCKAPUNCH – the title refers to emotional blows as much as the album’s uncompromising sound – bristles with energy from the off. Nice To Me, begun by Max just days before leaving for Thailand, set out to the confusion he felt by replicating the edge-of-your seat atmosphere of a car chase movie.

“Something by Guy Richie perhaps,” says Max. “That was how my head felt – all over the place. When the riff arrived, it had to hit hard.”

The song was completed together in Thailand, where communal recording was the norm.

“We were a band at one recording. All of us lived and breathed this album every waking minute.”, says Josh.

Rather than being stepped in sadness, break-up songs strive to make sense of what went wrong. Beautiful Way, with its hypnotic switch between soft and loud, is a jump-about warning song; the woozy WYDRN is an R&B-bathed truth seeker; Glasgow is a jewel that arrived from a jam.

Lyrically, Josh was inspired to step up to match the more mature music.

“When I was younger, I was angsty,” he admits. “A lot of my lyrics were metaphorical middle fingers. I don’t want to do that anymore. I’m older, I’m smarter and the music from the boys was so unique, I felt I had to flip my writing to match that.

“On Nice To Me, for example, I wrote with only Max in mind. I’m usually a narcissistic writer, but I had to do his emotions justice. One of the great things about working with Dan Austin is that he makes us more vulnerable. We’re in a safe space where we can try anything out. If it doesn’t work, no matter, move on. We’re not worried about mistakes or embarrassing ourselves.It’s in those moments the magic comes.”

If there’s a theme to SUCKAPUNCH, it’s reflection and redemption; embracing what’s changed and moving on.

“When we started cross-pollinating our sound, I was worried we wouldn’t get away with it,” says Josh. “We’re white dudes from Surrey, for fuck’s sake, although I now live in Hackney. And I have a beard.

“We were wary of being called culture vultures, but in fact, that fusion is exactly us now. I haven’t listened to much guitar music for years, Dan is obsessed with dance, some of us love R&B. We’re still a rock band at heart, but somehow, we manage to make all of those influences slot together. It’s not forced, it’s just us.”

“Let’s say it’s a development of our tastes as musicians,” adds Max. “It’s what we grew up on-meets-what we listen to now. We’ve grown up and we want to showcase that in our music. If it excites us it should excite our fans, not only the ones we have already, but the ones who are going to hear SUCKAPUNCH and think, Really? This is You Me at Six? I had no idea.”